In this post I will show you how to crack Windows passwords using John The Ripper.

Now lets talk about the password protection method used by Windows. Windows user account passwords are typically stored in SAM hive of the registry (which corresponds to %SystemRoot%\system32\config\SAM file), in the SAM file the password is kept encrypted using the NTLM hash is very well known for its cryptanalysis weaknesses.

The SAM file is further encrypted with the SysKey (Windows 2000 and above) which is stored in %SystemRoot%\system32\config\system file.During the boot-time of Windows the hashes from the SAM file gets decrypted using the SysKey and the hashes are loaded to the registry is then used for authentication purpose. Both system and SAM files are unavailable (i.e, locked by kernel) to standard programs (like regedit) during Windows' runtime .

For the sake of demonstrating this I had already set a dummy account called demo and allotted a password iRock to it, which will be cracked later-on. 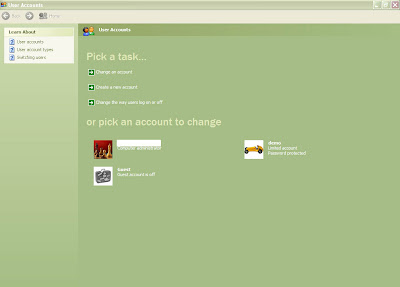 Then copied SAM and system files to /home/prakhar

Then installed samdump2 and John The Ripper :

Then dumped the syskey and NTLM hashes from system and SAM file, respectively : 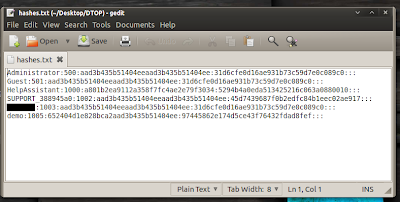 I then bruteforced the password using John The Ripper :

You can clearly see above, JTR has cracked the password within matter of seconds, I aborted the session in between since password was already recovered. Mission accomplished !