I want to share my finding on a recent issue I found in a subdomain of BillMeLater.com (a Paypal service).

On 1st March, during my regular course of bug hunting in Paypal services, I found a file uploading issue that allowed me to upload files of certain extensions on the BillMeLater server.

Initially I noticed the website was running an outdated version of DotNetNuke (an ASP.NET based CMS) with the file uploader enabled. Allowed extensions were: 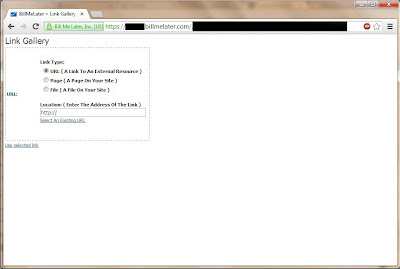 So for testing purpose I uploaded a file on the server with some text content: 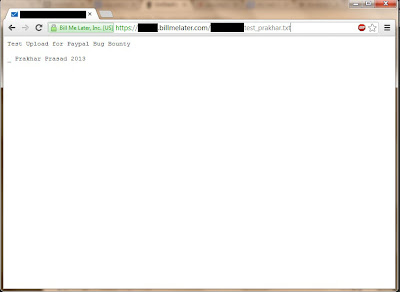 I even tried to upload an ASP-shell within the restrictions but It didn’t work on the server :( . If it had run then I could have got the possibility of command execution on the server.

Anyway, I reported the issue to Paypal Security Team, they addressed this issue quickly.